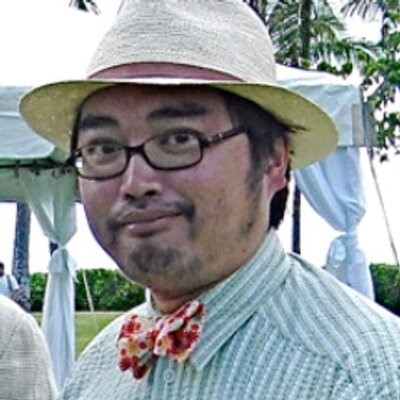 Describe your current roles in philanthropy and the hat you wear at AFN.

I work for Mott Philanthropic (no relation to the CS Mott Foundation) serving as a consultant and staff to a number of different philanthropies around the country. My personal work focuses on tax policy, Just Transition, and the arts, and we have other staff who also work in K-12, early, and arts education. With those various hats on, I participate in a number of different spaces: Funders’ Committee for Civic Participation (FCCP), Engaged Donors for Global Equity (EDGE), Environmental Grantmakers Association (EGA), Grantmakers in the Arts (GIA), and Grantmakers for Education (GFE), among others.

At the Appalachia Funders Network I’m primarily wearing my Chorus Foundation hat. Chorus Foundation has been around for about 12 years, but in the last 3-4 years we’ve changed our strategy to be primarily focused on Just Transition, and to be much more place-based. One of the places we’re focused on is Eastern Kentucky and the transition that is happening in that region with the decline of coal mining. We’re working with local advocates and organizers to help support a vision of the future of Eastern Kentucky with justice at the center.

At Chorus, though we came out of a climate and environmental space, our interests are much broader than that. We think about our work as at the intersection of climate, democracy, and economy, and also at the intersection of building cultural power, economic power, and political power. For example, in all of the places where we work, there are grantees advancing a new narrative about what that place should look like and engaging people through arts and culture.

How did you get involved with the Appalachia Funders Network?

I attended the Gathering in Ohio in 2014. Chorus had adopted a more focused interest in Eastern Kentucky, where we’ve been working for the better part of 6 or 7 years. Initially, as part of our focus on climate, we were looking at coal mining as one of the key issues of interest. We came into contact with Kentuckians for the Commonwealth (KFTC) and Mountain Association for Community Economic Development (MACED), and when we made the decision to be more place-based, EKY was a natural fit for the foundation. And with that decision, we also wanted to become more involved with the local philanthropic community that exists in each of the places where we’re funding.

You wear a lot of hats at AFN: tri-Chair of the Energy & Natural Resources Working Group, member of the Steering Committee, and member of the Finance Committee. What do you hope to accomplish through these roles?

Chorus has maybe two primary big-picture interests. The first one, which is more structural in nature, is to serve as a bridge between AFN and the national funder community. Most of the folks who are engaged, at least on the Steering Committee, are funders from within the region. We think it’s important that there’s a bridge there to the conversations that are happening nationally, both in terms of having the national discourse inform what’s happening locally, but also to have the local discourse inform the national discourse, and frankly, to attract funding to the region. We think what’s happening in the region is important, especially from the climate and energy world, but also through other lenses as well, as reflected in the breadth of the Network’s various working groups.

Secondly, because Just Transition is at the core of the Chorus Foundation’s work, we’d like to be a constant drumbeat on what Just Transition really means in the region and what the role of the funders community is in supporting, encouraging, catalyzing that work in the region. We really have a focus on justice and equity, which is an evolving conversation with a national dimension that also needs to be localized, regionalized, and to be made culturally appropriate for different places in the country.

We also hope to model good grantmaking practices for national funders engaging in the region. Not parachuting in but being more directly engaged. We’re also hoping to model better practices about how to engage with local philanthropy.

How has your involvement with AFN affected your work at the Chorus Foundation?

We have a ten-year commitment to this part of the country, which is tied to the spend-down of the foundation. I think the value of our involvement is understanding better what is happening in the region. We have a certain understanding through our grantees, but the funding community is also part of what is happening in the region. Those relationships have been important to our ongoing development of how we see our role in the region and where funding could be most helpful. We’re learning about some of the other priorities moving in the region that may not be connected to the specific organizations we’re funding but that are very central to the work that we’re helping to support. We have our big picture agenda, but what that means in practice is very fluid because it has to respond to what is happening on the ground. The value of all the informal learning that we have in relationships with people is hard to describe other than to say that it’s important to how we make decisions, who we fund, how we collaborate with folks. Also, the Network helps connect the eastern Kentucky work to work in other states or other subregions.

Concretely, one way the Network has changed how we work in the region is through developing closer collaboration and relationships with federal agencies. Typically, our experience has not been so closely connected to public funding streams, especially federal funding streams, so that is also a huge value of AFN. For example, the Just Transition Fund (JTF) was birthed out of the Network in response to what was happening with federal agencies (the POWER Initiative). I think the JTF wouldn’t have existed in the way it’s existing right now without AFN and that the types of conversations that we’ve had because AFN existed. The Network has been instrumental in helping mobilize some of the larger local funders to be part of the Just Transition Fund in a strategic way to ensure that Just Transition Fund, a national fund, has a large footprint in the region.

Who do you look to in the fields of philanthropy, community development, or social justice for inspiration?

Our orientation in philanthropy is very much to the field, so much of our inspiration comes from the field. In the region, Burt Lauderdale of Kentuckians for the Commonwealth (KFTC) has had a huge impact on us. Burt and Justin Maxson (who was at MACED at the time) helped us rewrite our mission statement to be more focused on Just Transition. Moments of inspiration in those relationships had a big impact on our foundation.

What do you like to do in your free time?

I do a good amount of travel and try to get to as many places in the world as I can. I’m an avid SCUBA diver, so some of my travel includes SCUBA diving. I also rock climb, knit, and write (memoir, creative writing).